(WASHINGTON, June 10, 2017)  – The Café Mocha™ Radio Show wins its first Gracie Award from the Alliance for Women in Media Foundation; for Best Radio Special – National for ‘A Date with The First Lady.’  The Gracie Awards honor outstanding individuals and broadcasters for their achievement and programming by, for and about women at the national level.

With a mission to inspire women, Café Mocha announces its sixth annual Salute Her: Beauty of Diversity Tour, which honors women around the country for their passion, creativity and drive to break down barriers in their respective fields. 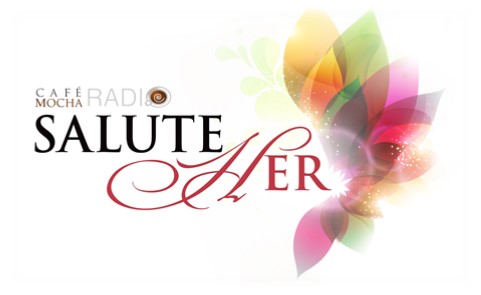 Cafe Mocha Creator and Executive Producer Sheila Eldridge says: “Black Music Month is a perfect time to announce our Salute Her Tour.  Throughout the years, music has celebrated the love and respect of Black women, but also the challenges that women face and have overcome. Women are the inspiration for and the creators of some amazing and innovative music.  That in itself is worthy of a celebratory salute.”

Eldridge says she and her team are honored that the Salute Her: Beauty of Diversity Tour aligns with their mission to inspire women, build networks and pay tribute to females, from unsung heroes to accomplished celebrities.  The tour will make stops in Washington, D.C., Atlanta, New York City and Chicago.

To nominate a woman to be considered for a Salute Her Award, visit cafemocharadio.com and click on the Salute Her tab.

ABOUT SALUTE HER AWARDS

2017 Gracie Award winner Café Mocha Radio launched in March 2010. It is known as ‘radio from a woman’s perspective’ and is built on the concept of women helping other women to grow through shared experiences and information. Syndicated by Compass Media Networks in more than 30 markets and on SiriusXM channel 141, the show airs weekends and is hosted by comedienne Loni Love, also host of TV’s “The Real”; broadcast veteran Angelique Perrin; and female rap icon Yo-Yo. The two-hour girlfriend’s guide to radio features the latest in urban music, compelling hot topics and advice from an unabashedly women’s perspective.  Café Mocha also includes exclusive interviews with top recording artists, celebrities, politicians and those making headlines. To learn more about the show, visit www.cafemocharadio.com.