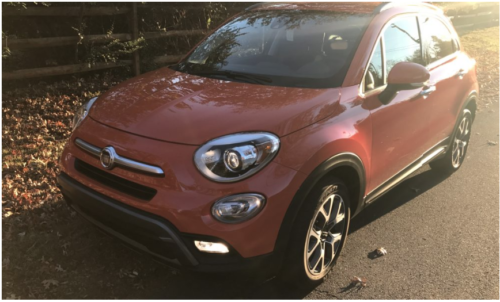 I’ve been traveling like crazy all year, so during my down time Thanksgiving week I scheduled some time in the 2018 Fiat 500X Trekking FWD because I was so intrigued with the advancements that Fiat reemerged in North America in 2009—though most of us started paying attention when Jennifer Lopez appeared in their commercial campaign in 2011.

But this small-sized Italian brand has evolved so much in the last eight years and since I hadn’t tested one in a few years, I was eager to get an inside look at how it had grown.

I’ve always liked the way Fiat designed their vehicles and this Fiat 500X comes with a great deal of personality. It’s hip, capsule-like ascetic offers a trendy feel in both design choice and the bold orange color my model was. This line of Fiats was redesigned for North American consumers in 2015 and it really have become a standup among its peers for it stylish look.

This car is definitely more of a city mobile versus a long-distance highway whip. I’m not saying you couldn’t put it on the road for a four-hour road trip somewhere, but its appeal is more about fitting into tiny downtown parking and garage spaces; easily moving through the hustle and bustle of traffic; and getting solid gas mileage in urban dwellings. Speaking of the gas, the Fiat 500X offers 22 miles per gallon in the city and 30 miles per gallon on the highway.

Inside, as you’ll see in the video below, there are standard seven-inch touchscreens that is your hub for entertainment, navigation, rearview camera (on all trims) and other functions. The interior is thoughtfully designed and smartly uses the space offered in this compact vehicle.

And for cargo space, you get more than you image. This four-door, hatchback vehicle could carry a respectable amount of luggage or groceries and comfortably fit four people and in some cases, even five.

On Thanksgiving, I drove my family down to Warrenton, VA in the car. We carried several food dishes and condiments and other needed items for the dinner and sat them on a towel in the trunk area. There was more than enough space for everything and since this car has good handling, everything remained in tact when we arrived.

I enjoyed spending time in the Fiat 500X and look forward to experiencing more products in the Fiat brand.

Spin Control: With an average price around $24,000, the Fiat 500X is a strong option for a small-sized vehicle if that’s what you’re looking for!

VIDEO: So check out my inside look into the Fiat 500X Trekking FWD and determine whether its automobile that meets your needs.

The @Fiat has come a long way since Jennifer Lopez was endorsing them! Take an inside look at the @Fiat 500x Trekking FWD! Capsule shaped small-sized car makes affective use of space, is comfortable to drive and has a sleek, modern design. Plus @FiatUSA great on gas, a perk of its size! #Fiat #Fiat500x #sedan #SmallCar #Influencer #carstagram #instaauto #cars #auto #motor #caroftheday #autotrend #WorkFlow 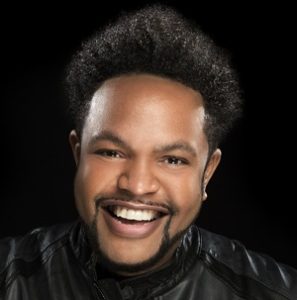