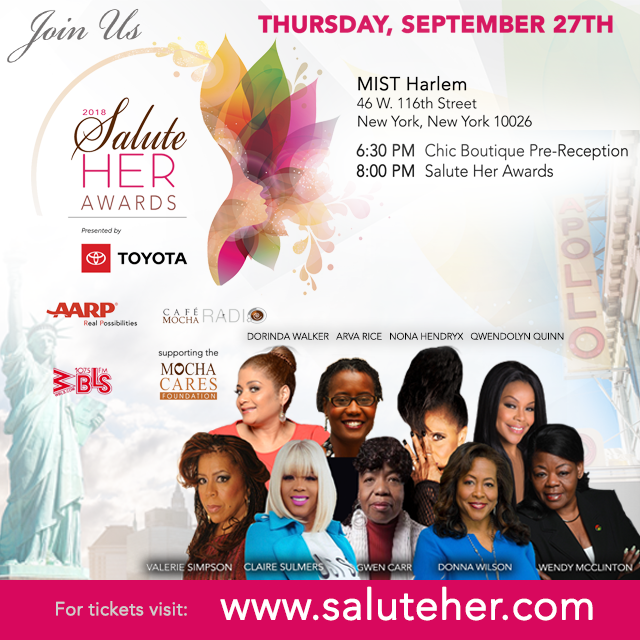 To kick off the Circle of Sisters week WBLS 107.5 and Café Mocha Radio show will host the Salute Her: Beauty of Diversity Awards presented by Toyota at MIST Harlem on Thursday, September 27, 2018.

Café Mocha Radio, affectionately known as ‘Radio from a Woman’s Perspective,’ is hosted by Emmy Award winning “The Real” TV show co-hosts and comedienne Loni Love, broadcast veteran Angelique Perrin; and Hip-Hop icon YoYo that airs on Saturday mornings from 6 – 8am on WBLS-FM. Nine diverse women are being honored for their commitment to a difference as they exemplify the ceremony dual theme and call to action, “The Time is Now.” The event Presented by Toyota and sponsored by AARP is a precursor to the 2018 Circle of Sisters Expo. Individual tickets can be purchased for $55.00 @ www.SaluteHerNY2018.Eventbrite.com.  For more information on how to attend, nominate and go to www.cafemocharadio.com or www.saluteher.com or download the Café Mocha app.

Special inaugural “Toyota’s American Pride Award” will be presented to a female veteran and AARP encouraging the public to nominate an everyday woman doing extraordinary things through the show’s ‘HER’ initiative.

The Gracie Award winning Café Mocha show has emerged as the #1 radio show for multicultural women and has amplified the dialogue around various women’s issues ranging from health, relationships, beauty to social justice. With the passion to encourage women, the Salute Her Awards was created to highlight a variety of talented and accomplished women who are succeeding in their fields while making significant contributions within their communities. This year’s theme, The Time Is Now, speaks to the importance of women of color nationwide to seize their moment. 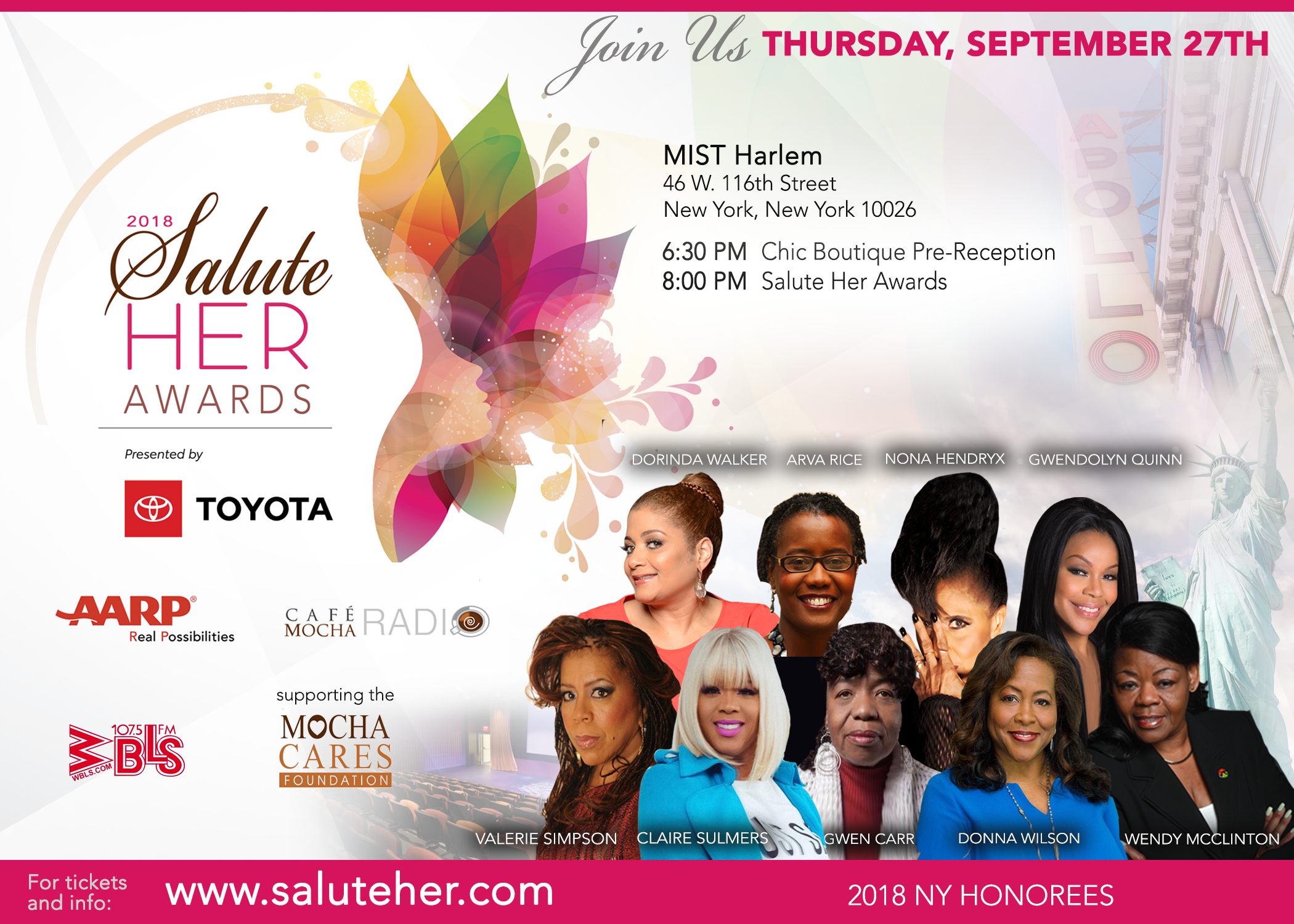