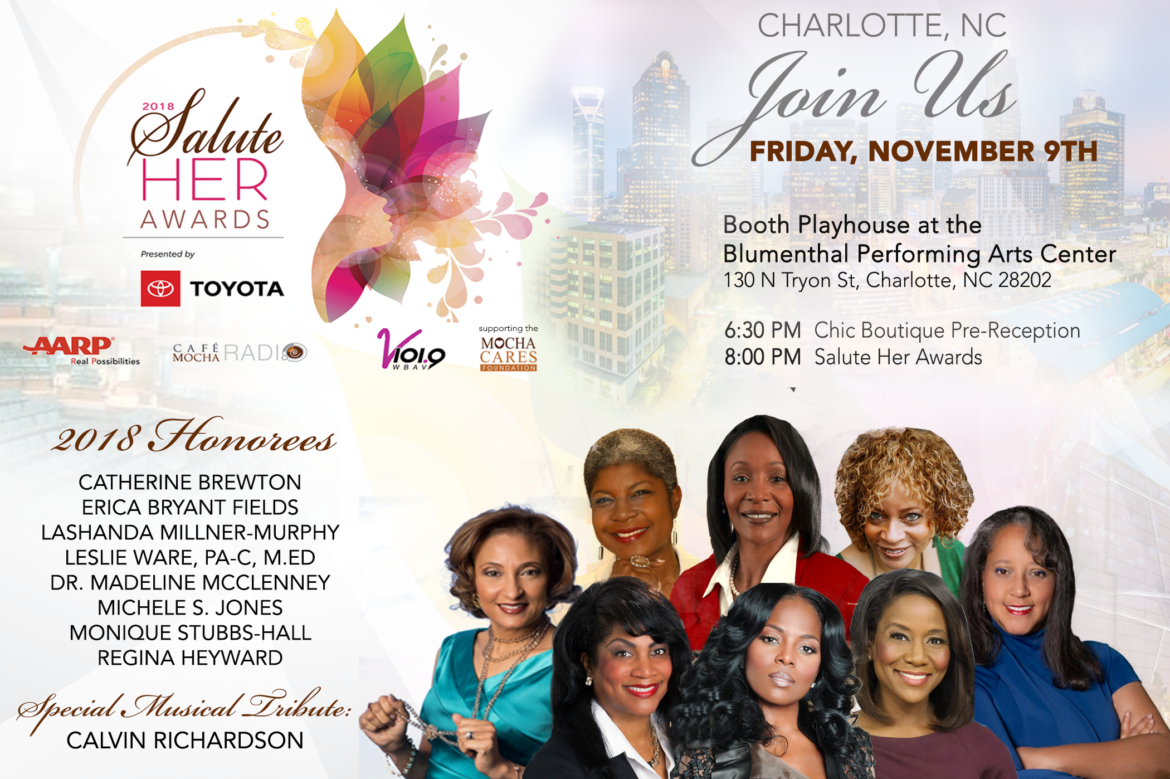 WHO:
V101.9’s Café Mocha show will host the second annual Salute Her: Beauty of Diversity Awards in Charlotte honoring outstanding women making a difference in the community. Presented by Toyota Motors North America, this year’s tour encourages women to seize the moment and make positive change in their communities.

WHAT:
Charlotte is the fourth stop on a five-city tour that launched in Washington with stops in New York City, Dallas, TX and Atlanta, GA. Café Mocha Radio is the #1 weekly radio show for multicultural women, known as ‘radio from a woman’s perspective’ airs Sunday evenings on V101.9-FM from 7-9pm.

Nine diverse women who are redefining history through their own respective journeys will be celebrated during the event, which is also supported by AARP.

2018 Salute Her: Beauty of Diversity honorees include: 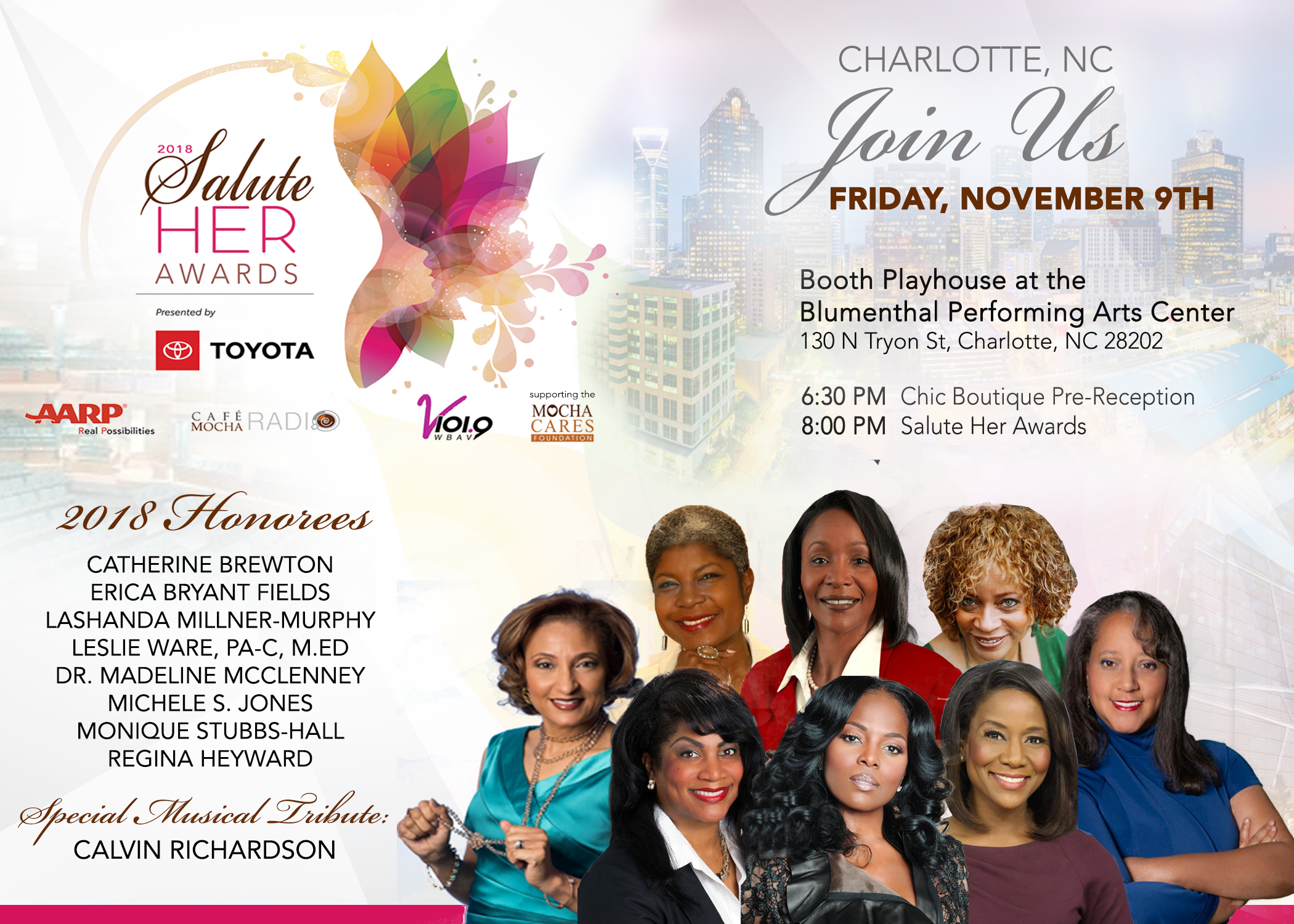