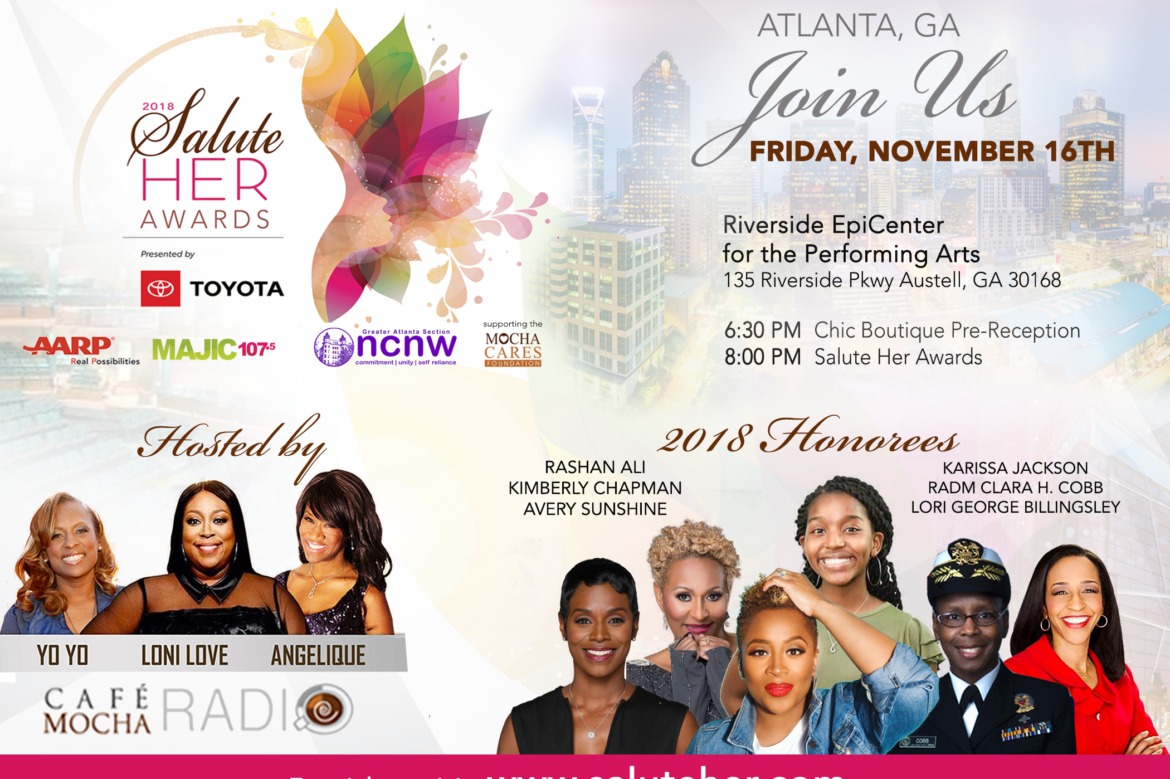 WHO:
MAJIC 107.5’s Café Mocha show will host the finale of the 2018 Salute Her: Beauty of Diversity Awards in Atlanta honoring outstanding women making a difference in the community. Presented by Toyota Motors North America, this year’s tour encourages women to seize the moment and make positive change in their communities.

WHAT:
Atlanta is the final stop on a five-city tour that launched in Washington with stops in New York City, Dallas, TX and Charlotte, NC. Café Mocha Radio is the #1 weekly radio show for multicultural women, known as ‘radio from a woman’s perspective’ airs Sunday evenings on MAJIC 107.5-FM from 7-9pm.

In partnership with The National Council of Negro Women Atlanta Chapter, thanks to supporting sponsor AARP six diverse women who are redefining history through their own respective journeys will be celebrated.

2018 Salute Her: Beauty of Diversity honorees include: