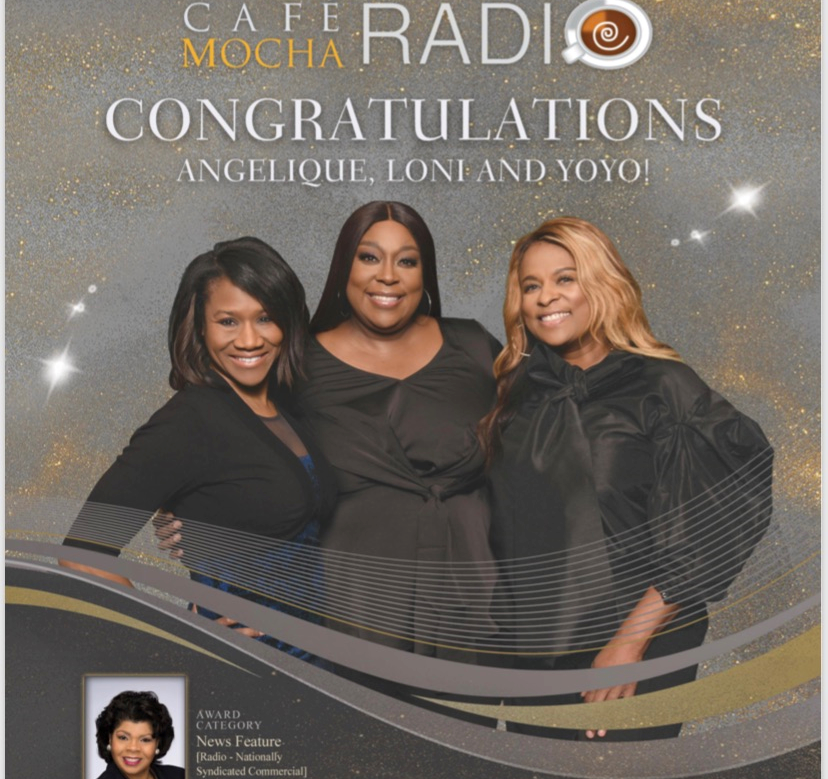 (WASHINGTON, May 20, 2019) – The Café Mocha™ Radio Show wins its second Gracie Award from the Alliance for Women in Media Foundation in the category Best Radio News Feature – National for ‘We Will Survive with April D. Ryan.’ The Gracie Awards honors outstanding broadcasters for achievement and programming by, for and about women at the national level. 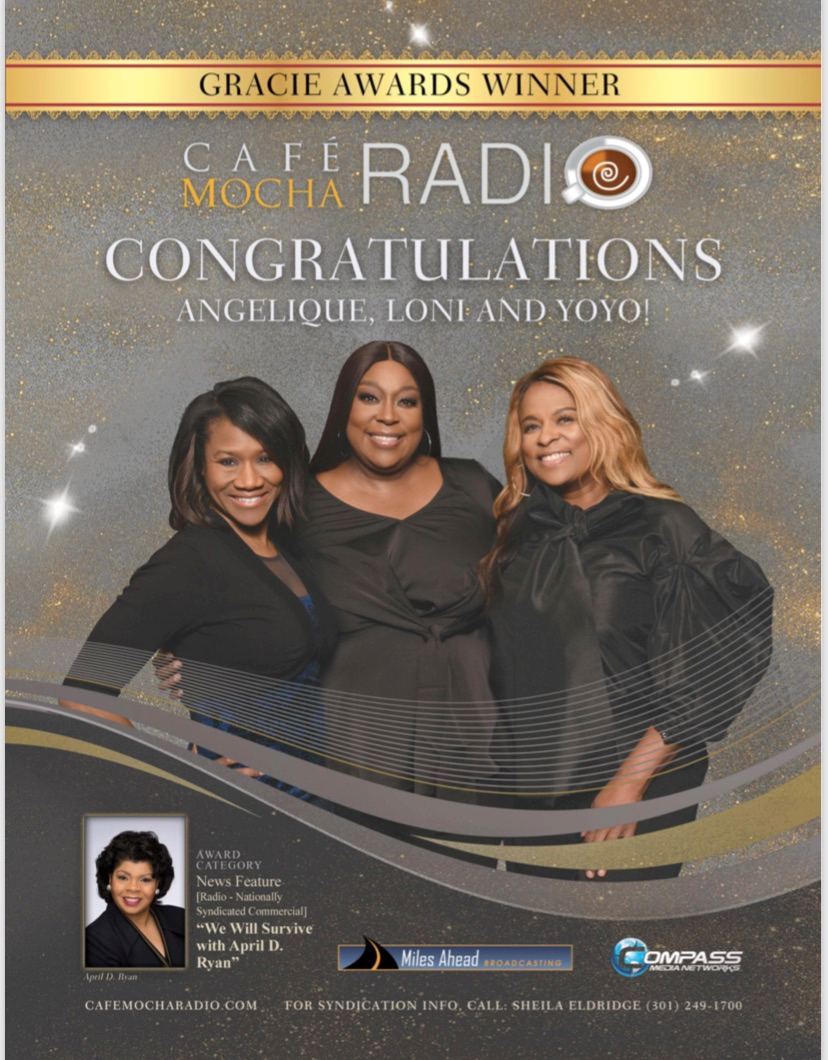 Café Mocha is a two-hour, weekly radio show known as ‘radio from a woman’s perspective’ and is built on the concept of women helping other women to grow through shared experiences and information that is syndicated in 40 markets and on SiriusXM Channel 141. It is hosted by Emmy Winning comedienne Loni Love, who also co-hosts television’s “The Real”; broadcast veteran Angelique Perrin; and female hip hop icon Yo-Yo.

Sheila Eldridge, Café Mocha’s creator and executive producer, says she is pleased that her show is receiving a coveted 2019 Gracie Award. “We’re a diverse team of women who take seriously the ‘power of the mic’ to inspire our 1.4 million listeners. I’m honored that Café Mocha is receiving our second Gracie Award in three years,” adds Eldridge. “It is a real testament to my hosts Loni, Angelique and YoYo who know the impact of our voice and committed and not afraid to take on key issues – they are incredible.”

Previous Gracie Award winners include well-known talents in media and entertainment Delilah, Gayle King, Selena Gomez, Barbara Walters and Soledad O’Brien.Actress Lauren Ash, star of the NBC sitcom “Superstore,” will host the 44th Annual Gracie Awards on May 21 at the Four Seasons Beverly Wilshire Hotel in Los Angeles where the ladies of Café Mocha will receive their award. Joining Lauren Ash on stage for a special night of performances will be nine-time Grammy award-winner Sheryl Crow.

The Gracie Awards is the largest annual fundraiser supporting the Alliance for Women in Media Foundation. AWMF creates educational programs and provides scholarships that benefit the public and media industry.

The Gracies is very active on social media- Facebook, Twitter and Instagram, and will be on Facebook Live during the event. Please also be sure to use #TheGracies leading up to and during the Gala.

ABOUT CAFE MOCHA™ RADIO SHOW
The brainchild of award-winning media veteran Sheila Eldridge was created by and for Women of Color and syndicated by Compass Media Networks. The two-time Gracie Award winning show airs weekends in over 30 + markets nationally and on SiriusXM channel 141; is co-hosted by Emmy Award Winning actress/comedienne Loni Love (The REAL, “Chelsea Lately”), hip hop icon YoYo and broadcast veteran Angelique Perrin. This high-energy, two-hour show features the latest in urban music, lively chats from an unabashedly women’s perspective, no-holds barred advice and exclusive interviews with top performers, celebrities, politicians and civic leaders. Café Mocha is the only national show that speaks directly to African American women, ages 18 to 49, who represent a combined buying power of more than $1.2 trillion. 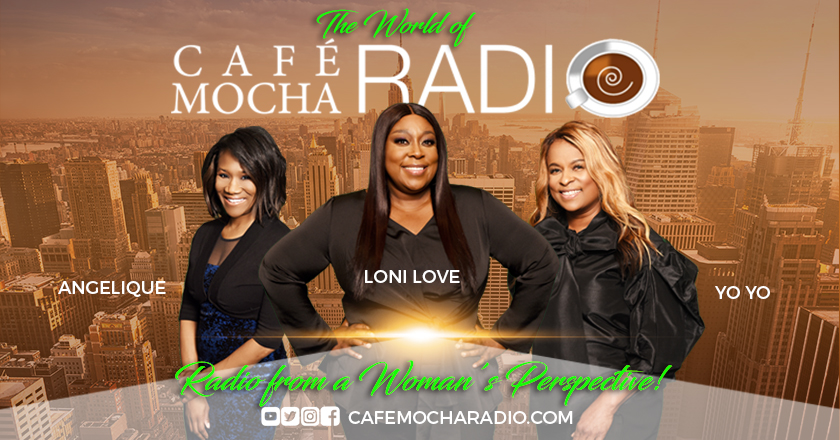