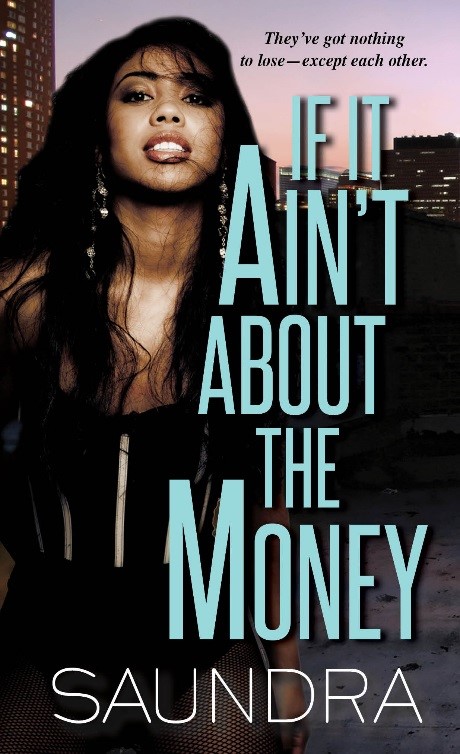 Dafina Reads: If it Ain’t About the Money

Secret. Penny. Isis. Two sisters, one best friend. Between neglectful parents and growing up in Miami’s worst neighborhood, the three have had each other’s backs since forever. So there’s nothing Secret won’t do to grab the cash flow and glamorous lives she, innocent Penny, and idealistic Isis surely deserve. And she and lowlife fixer Kirk have the perfect plan: transfer rich folks’ wealth to new accounts, cleverly make withdrawals, and line their pockets . . .

Soon it’s raining money, exclusive condos, fast cars—and major bad-news trouble. ʼCause Isis just found real love and now wants out of the game for good. But when a merciless enemy, a disastrous old scam-gone-bad, and unexpected betrayal turn the girls’ glittering world inside out, how far will they game each other—and risk their friendship—to survive?

Saundra grew up in Cleveland, Mississippi, and now lives in Indiana with her family. Saundra’s stories highlight fearless females who hustle to get what they deserve. Her debut novel, Her Sweetest Revenge, began the series that won praise for being a “roller-coaster ride” and “drama at its best.” Visit her website at AuthorSaundra.com, or connect with her on Instagram, Facebook, and Twitter @AuthorSaundra.