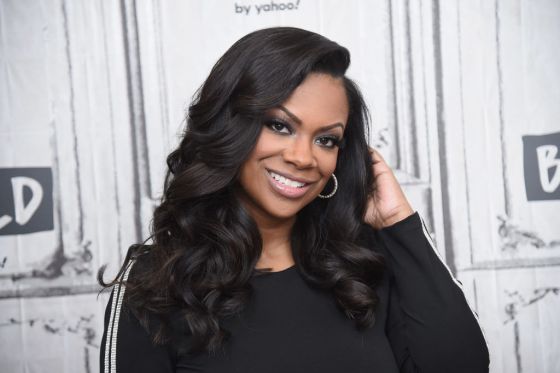 Wanting To Maintain A Youthful Appearance, Kandi Burruss Shows Off Results Of First Go-Round With Botox

We all have some things about us that if given the chance (and the money of course), we would consider getting some help to change it. For Kandi Burruss, it’s been the dark circles around her eyes, and the lines across her forehead.

In one of her latest vlogs, the Real Housewives of Atlanta star took cameras with her for a trip to see her favorite physician, Dr. Jing Jing Harris of Pretty Faces Atlanta. Burruss said she was going to her to see, “what she can do to keep me looking young, honey. I’m over 40 now [laughs]. You know, I need a little help.”

The 43-year-old thought she was going to go in for a facial to upgrade her supposedly older skin, but was offered Botox options to help her with forehead lines that were giving her cause for pause, especially since she’s on a lot more television now, including the upcoming season of Showtime’s The Chi. Her only concern though was that her face might not move like it usually does, and she makes her money with her face.

“I like the crazy facial expressions that I be making, and I think people like ’em too because they be making those memes and different things,” she said. “And plus, I’m an actress now! I’m doing scripted television now, too. With that being said, I don’t want to do anything that will take away my facial expressions, but I still want to look youthful.”

Dr. Jing Jing told her the trick keeping things in tact while smoothing things out would require figuring out “which lines can go and which can’t.”

She was aiming to take out the residual lines and help with underneath Burruss’s eyes as well.

“We’re going to do a little touch on the forehead,” the doctor said. “I won’t touch anything else because I know we need these eyebrows to make all the expressions they’re going to make. I’m going to put a touch under [the eyes], just a touch, because I don’t want bunching underneath.”

After a microdermabrasion treatment, Burruss was pricked with a needle around her forehead for Botox, which you could see she was uncomfortable with. However, Dr. Jing Jing said that it would help to lift her eyebrows ups a bit and make her look more youthful, which the singer was excited about.

Did she immediately look more vibrant? Probably too soon to say, but the star seemed happy with her results (and being poked and prodded for the first time). Plus, in recent photos, that forehead is smooth and her ‘brows have some lift to them:

Play time is over! Let’s get back to work. #MoneyMakingMonday Jean jumper: @tagsboutique I did my own beat with @kandikoatedcosmetics

Check out her video so you know what the Botox experience is like, below (it occurs in the final minutes of the clip). As she put it, “I’m being y’all guinea pig, today.”